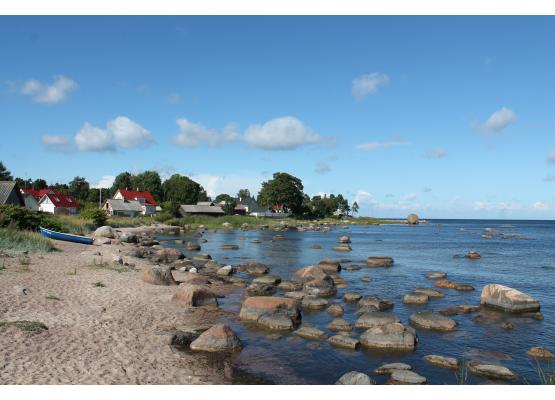 P2 Sustainable use of common resources

ENDED. The aim of the project to ensure that sea-land interfaces are preserved and further developed. This is done by defining the most crucial planning criteria for the Integrated coastal zone Management (ICZM) plans.

This aims is achieved by Integrating extensive multidisciplinary human-ecological data on the whole project area into GIS analyses, Selecting four case study areas from Estonia and Finland, and by making four digital ICZM plans for the case areas. The plans are first tested with the current regional land use of the project area and thereafter assessed by using both e-platforms and arranging working group sessions of stakeholders and end users directed by the project members. As final results of the project, the updated completed ICZM plans are to be downloaded from the websites of the SustainBaltic organisations.

The improved management of coastal and maritime areas by ICZM planning supports open communication with a participatory evaluation between different stakeholders, such as end users of planning organisations, nature and environmental management sectors, primary industries, as well other business industries and general public. This leads towards more integrated planning and to the enhancement of sustainability in the use of natural and human resources in the Central Baltic region.

The aim of the SustainBaltic project was to ensure that sea-land interfaces would be preserved and further developed.

The challenge was tackled by defining the most crucial planning criteria. What needs to be considered when you want to create Integrated Coastal Zone Management (ICZM) plans?
The partner organisations gathered information about human activity, land use and nature areas in four case areas, two in Finland and two in Estonia. The areas are in total 6505 km2, and the total length of the Baltic Sea shoreline is around 280 km. In addition, another FIN case is located around 80 km along the river Kokemäenjoki.

During the first project year, the project integrated data from nature and human activities to present integrated human-ecological networks. Especially produced GIS information about environmental research projects and of participatory planning were utilised. Outcomes were visualised with thematic maps covering the Finnish and Estonian project areas.

During the second project year the Integrated Coastal Zone Management ICZM drafts were prepared for the case areas.
Different kind of interests were integrated in the preparation of the plans considering the sea-land interface (e.g. human and nature values, recreation areas, maintenance of blue-green networks, construction of housing). The plans were first tested and thereafter assessed by using both e-platforms and working group sessions of stakeholders and end users. Numerous local residents, stakeholders, and steering group members were involved in evaluating the drafts. The purpose was that all major stakeholders were represented with the power of giving feedback on the drafts in the participatory phase.

The new approach of SustainBaltic was the close co-working to define the most crucial ICZM planning criteria to be utilised and implemented further in Central Baltic Programme area. The project partners learnt from each other's experiences on different methodologies and shared the novel ones as land use zoning, ecosystem service approach in the spatial planning and map-based web surveys on the public evaluation of the draft plans. In addition, they became aware of different coastal land use traditions and different marine area-coastal planning rules between Finland and Estonia.

The e-guide shows a flowchart for regional level planners in the Central Baltic area.

The four plans differ from each other depending on local circumstances, regional development and the availability of data. The ICZMs act as a part of current regional plans and development programmes. The plans are ready for implementation and further development.

The implementation of the plans also points to the conclusion that the key features to consider when implementing socially, environmentally, and economically sustainable coastal and spatial plans are based on the diversification of the coastal land use. Entrepreneurial activity should be based on regional specificities and on careful management of the coastal nature. Respecting these principles enables the promotion of sustainable tourism.

After the project end, the plans are monitored by the Finnish regional councils and EST Ministry of Finance responsible for spatial planning in their areas.

The plans and the e-guide facilitate for similar approaches in other regions. The plans are both in English and in local languages.

The most useful communication activities to disseminate the work progress and achievements of the project seemed to be the face-to-face meetings with the local and regional stakeholders.