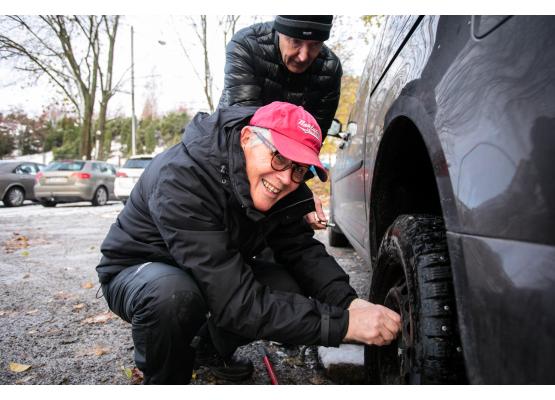 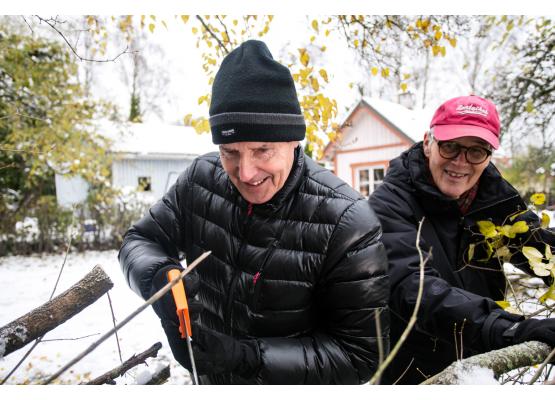 ENDED. The CoMe Strong project aims at activating inactive men aged 45-75, especially those who risk social exclusion. By improving their skills and knowledge that is useful in private life and on the labour market, their well-being and social inclusion will increase. All actions will be carried out in local level in order to build stronger local communities.

Initially, local kick-off events will be carried out, in which active local men are recruited as volunteers to take responsibility for the CoMe Strong Club actions. The volunteers will be trained to activate passive local men in the clubs in recreational and/or training activities. In addition, they will carry out small projects for the local community, such as school fence painting or freezing local an ice rink. These small projects will create new networks between men and the local community and promote stronger coherence. The CoMe Strong Clubs from Finland and Estonia will meet during summer for experience sharing and mutual learning. The Clubs will document their activities by filming short video-clips for communication purposes. As a result of the project, well-being and social inclusion of men is increased. The learnt skills can also be useful in the labour market.

The CoMe Strong project aimed at activating inactive men aged 45-75 who were in a risk of social exclusion due to unemployment, loneliness and lack of family and friends. Partners from Turku and Tartu initiated a new model to activate the men by establishing Come Strong clubs which were places for men to gather and plan meaningful activities they wished to implement. The model was later presented for the social and health care professionals.

In concrete, 10 men’s club were established during the project and about 100 men took part to the club meetings frequently. The self-esteem of the men got better during the project, as they found new friends and learnt new things. Thanks to the clubs, the men had something meaningful to do. This also gave them a feeling that they are important community members.

An important aspect in the activities organised in the clubs was that activities were planned by the men and raised from their own interests. Having a significant role in planning and implementing club activities was important, as it gave confidence for the men who had not been in a such role before in their lives. Furthermore, the most active men were trained to take responsibility on running the clubs by themselves. This ensured that the clubs keep active still after the project end.

Experience between Come Strong clubs were exchanged during the Summer Days when the men from Finland and Estonia travelled to meet each other. For many men this was their first trip abroad.