This interview is from summer 2017, when Sofia was 16 years old and the project had been going on for less then two years.

My name is Sofia Lahtinen, I am 16 years old, I live on the small island Enklinge of Åland, but also in Mariehamn where I am studying.

- Why did you want to participate in this project, in RIBS?

It was quite an easy decision for me, because I am in the board of SKUNK (the Archipelago Youth Association of Åland), which is a partner in RIBS. And I have been involved in another EU project, Young Voices, before, and I gained a lot of experience from that, so I just thought it would be fun. Why not try this one, too? And I don´t regret it at all.

- What have you done?

I went on my first trip with RIBS to Gotland one and a half year ago, and it was great. We were three from Åland, who went to a school in Visby and made films together. So, I just continued and participated in the first international camp in Nagu last year. We are about 20 participants from Åland in this RIBS project.

- What are the results so far?

Besides the camps – we had one in Åland in May - we have done some joint student companies. I was involved in one partnership with Gotland and Stockholm about anti-bullying. There were some girls who had experienced some cyberbullying, they have made a video and gave lectures about it in Gotland and in Åland. They came here, and I was kind of their host and presented them at the library. I was in the marketing team together with another girl. It was more like something we arranged together, not a company, and they will perhaps continue with it.
On this camp in Lappo we created another company. We started with a lot of ideas in our group and we picked one, car-pooling, and we will continue with this idea together with another group, who had the same idea. Especially here in Åland the buses don’t go so often, and we don’t drive cars yet, so it would be nice to go with somebody already driving the route. We will try to do it, but right now everybody is so occupied with the last days in school this spring. There is a real need for this kind of service in the archipelago and remote areas. So, I really hope that we will try to make this in reality.

- Has this project changed you/your life in some way?

Not really, but I have got a lot of new contacts, and in that sense it has broaden my perspective. In an international project, you have to go out of your comfort zone.
I have talked to different people from different countries, and we have exchanged our ideas and thoughts.

- What has been easier than you expected?

It has been easier to talk to other people from Estonia, Pargas and Sweden. I thought there would be country borders, but everybody talks to everybody, and in my group on the last camp we were all from different regions.

- What has been more difficult or challenging than you expected?

Maybe to continue after the camps. We just can’t meet so often, when we are from different regions. So you have to try to keep in contact with the others in the joint student company. We have a leader, and I think she will maybe do it, but everyone has had so much at school right now.

- What are you most proud of?

I have been to two international camps. We have had so much fun, and we have a lot of good ideas. I’m also proud of the joint student companies we have created.

- Do you think people understand that EU has financed the project and the different activities?

I think it is quite hard to get them understand that, for right now here on Åland it is SKUNK they think about, not EU. I really don’t know how to do it better. We always have the EU flag, so perhaps it will be an unconscious thing for people. For me it is clear, but I don’t know about other people.

- What is next (for you) in the project? What lies ahead?

I will go to Gotland in July for a festival that they are arranging. We are three from Åland ,who will be documenting it. They have promoted it as an alternative to Stockholmsveckan in Visby, it’s like a non-alcoholic music and food festival as well as an international multi-cultural festival. It will be interesting to see how it turns out, because I haven’t heard much about it yet. Perhaps we can take the concept to Åland as well?

- What do you think will remain, when the project is over?

I really hope that some of the joint student companies will continue, as well as the contacts between the participants. It is a great advantage to know people in different regions. I have already made friends with people active in the project, and I really think we will stay in contact in social media after the project.

- What are success factors for cross-border projects, according to you?

Well, in the camps we have stuff we have to do, but also a lot of fun as different activities and games, which make the bonds between us stronger. It is very important to get closer to each other. If you feel comfortable with the person you are talking to and working with, you can talk more freely and discuss all ideas. The method of involving all makes the camps so successful, and especially this last camp. The activities got us closer to each other, and at the end of the camp we really trusted each other. It is a great result. English is the language on the camps, and everyone isn’t comfortable with that in the beginning. But when you learn to know each other it’s easier to talk freely in English, even you if you say the wrong word or if you can’t remember the words in English. We try to help each other, and it’s easy, when most of us speak Swedish.

- The project in six words – what is it all about?

I think it is about connecting countries, establishing contacts and encouraging creativity. 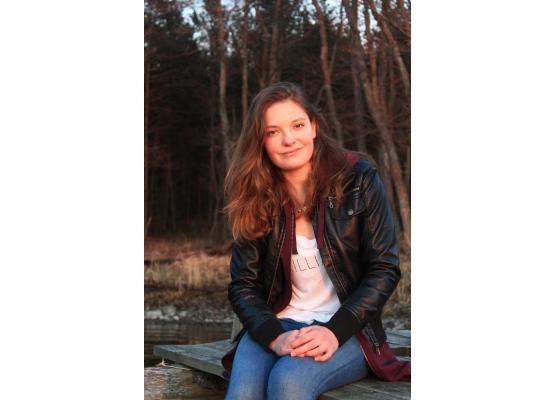