NutriTrade is Saving the Sea with Gypsum and Fish Patties

THE SEA DOES NOT SAVE ITSELF

Baltic Sea is one of the world’s most polluted sea areas and one of the greatest threats to the environmental health of the sea is the heavy nutrient load. Over decades the nutrients, especially nitrogen and phosphorus from agriculture and municipal wastewaters, have escalated the eutrophication of the marine environment, which can be seen every July and August in the form of floating rafts of poisonous cyanobacteria on the sea. Even though there have been reductions in the nutrient load, the targets set by governments or intergovernmental organisations have not been met and the state of the sea is improving slower than expected. HELCOM has estimated that the economic losses caused by the poor state of the sea to economies of the region is from 3.8 to 4.4 billion euros.

”The sea does not protect itself. NEFCO already published a report on nutrient trading ten years back and this idea needed implementing. John Nurminen Foundation has always looked for cost-effective and fast means to cut the nutrient load of the Baltic Sea. Foundation has worked a lot outside Finland in countries where nutrient discharges can be reduced with less costs than here in Finland. We noticed that the aims of cost-effectiveness and reduced nutrient loading worked well with the targets of Central Baltic and European Union Strategy for the Baltic Sea Region, ”tells project manager Anna Saarentaus from the John Nurminen Foundation about the starting point of the project.

Pilots are done in cooperation with farmers, fishermen, companies and NGOs. The project has also created the crowdfunding platform Nutribute, which helps different projects protecting the sea to gather funding. In the longer run, the project aims to have an impact on the environmental policies by preparing policy recommendations.

Nutrient offsetting is an activity where a person or organisation can voluntarily compensate their nutrient footprint by funding an activity which reduces nutrient discharges by an equivalent amount. Idea in NutriTrade is to increase awareness on the nutrient load of different actions and offer possibilities in compensating nutrient loads by funding nutrient reduction projects. On the Baltic Sea level, cutting nutrient loading in certain sectors and places would be very expensive. On the other hand, in other sectors and places nutrient loading could be reduced significantly with very inexpensive means. Raising awareness in this could encourage in compensating nutrient loads. A Finnish wastewater treatment plant can cost-effectively reduce nutrient loading to the Baltic Sea by neutralising its discharges with a donation to a project, which will reduce the same amount of nutrients elsewhere more cost-effectively. E.g. The Kotka water utility, Kymen Vesi Oy, donates money so that a wastewater treatment plant in Russia can purchase a new chemical tank.

”We are delighted that we have succeeded in involving a few water companies. They are neutralising their nutrient loads by supporting projects which reduce phosphorus and nitrogen much more cost-effectively that could be possible in their own operations. The idea is to gather momentum and get more projects and companies involved. The same idea can be applied on a level of an individual citizen, so that a citizen could also neutralise his or her own nutrient footprint,” tells Saarentaus about the first steps of the nutrient offsetting platform.

GYPSUM TO THE FIELDS

NutriTrade also pilots many other actions which reduce the nutrient discharges to the Baltic Sea. One of the most promising measures is the gypsum application of agricultural fields. It remarkably reduces the phosphorus leaching. The method is quick, efficient and easy for farmers . However, the method has not yet been extensively tested and that is why NutriTrade pilots the effectiveness, social acceptance and practical implementation of gypsum application.
The pilot was carried out in autumn 2016 in the catchment area of River Savijoki in Southwest Finland. In total, 1,500 hectares were treated with gypsum and after this the researchers of SAVE project observed the changes in the quality of water in the River Savijoki.

According to professor Markku Ollikainen (University of Helsinki), the pilot was a success. The method itself was easy for farmers who were very pleased with it. According to ecotoxicity tests, gypsum application does no harm to the crop or fauna. The results of the pilot indicate that gypsum application is the most cost-effective method to reduce phosphorus loading from agriculture. The method could be used on a larger scale if it is included in the agricultural support schemes.

Targeted fishing of cyprinid fish and farming of mussels are two other pilots of NutriTrade. If successful, both methods have the possibility to create new business while protecting the sea.

With mussel farming, it is possible to remove phosphorus and nitrogen from the sea, because mussels bind nutrients to themselves as they grow. Unfortunately, there is no market for mussels from the Baltic Sea yet, but it would be possible to use them as a feed for poultry and fish.

Another pilot is fishing cyprinid fish in the Archipelago Sea for human consumption. Fishing under-utilized species like roach and bream also removes nutrients from the sea. In addition, recycling nutrients from the sea back to the plate is a brilliant example of circular economy in practice. The pilot also aims at removing bottlenecks in the commercialization of cyprinid fish products in the food chain. Fish patties were made available first in institutional kitchens in 2016 and then for consumers in April 2017. As the demand for fish products grows, fishing of cyprinids can begin in other parts of the Baltic Sea as well.

SUCCESS-FACTORS OF A CROSS-BORDER PROJECT

NutriTrade is a Flagship Project of the EUSBSR (European Union Strategy for the Baltic Sea Region). Flagship projects are exceptional projects, which are working well with the EU Strategy for the region. Their results are concrete examples of how the cross-border cooperation can have a lasting impact and make the Baltic Sea Region a better place for future generations. “Involving people and organisations requires footwork. We have attended every event possible and this was how we were able to involve Finnish wastewater treatment plants,” tells Saarentaus about the hard work required to make a successful project. Lack of ambition is not a problem for NutriTrade: “We have so many different target groups in our pilots: Fishermen, food industry, farmers and farmers’ organisations, municipalities, policymakers and just about anyone producing nutrient discharges or implementing nutrient reduction measures. We are also preparing policy recommendations and try to reach for citizens,” lists Saarentaus the different target groups.

Cross-border cooperation is not happening just between project consortia in the Baltic Sea region or in Europe. Reducing nutrient discharges and protection of the seas are global challenges and the best expertise might be found across the ocean: “It has been eye-opening to see what has been achieved around the world. In Europe there is not much experience in nutrient trading, but in North America and Australia there are functioning market mechanisms for improving water quality. Our project has benefited greatly from a dialogue with North American experts. In our collaboration, we have considered if solutions developed e.g. for the Chesapeake Bay could function in the Baltic Sea. Ideas have truly been flying when Natural Resources Institute Finland has worked closely with experts from Penn State University and USDA ,” ends Saarentaus. 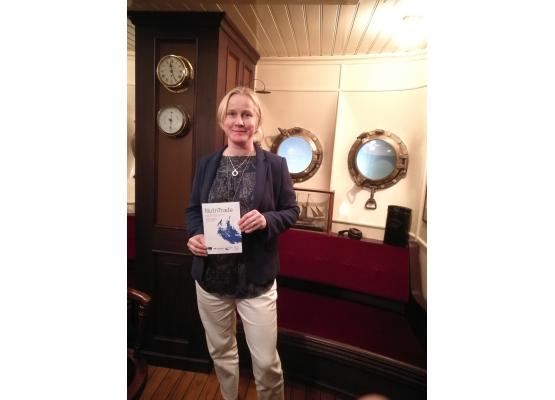 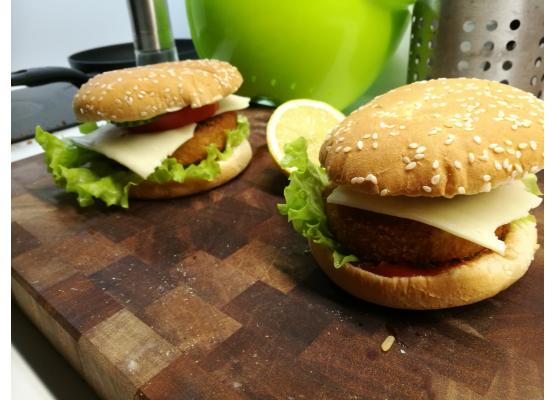 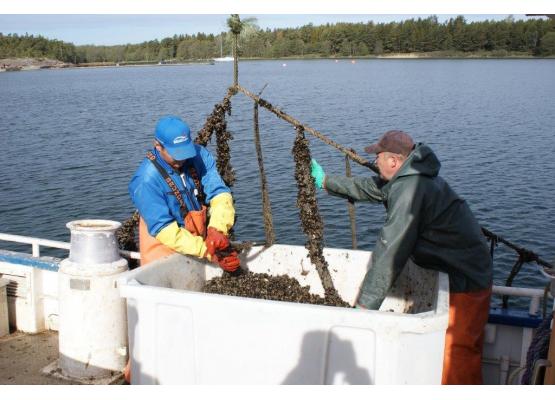 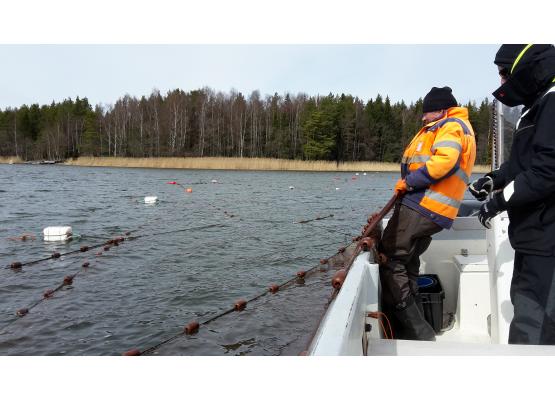