EU’s core transport network corridors are of great importance for the internal market. How could the management of the huge amount of logistics needed in two of the European core network transport corridors be improved? Could “Internet-of-Things” solutions contribute to reduce overall costs and delivery time for the logistics providers? That is what the project “Smartlog – Smart logistics and freight villages initiative” is looking into.

The EU Commission has identified nine core transport network corridors through Europe to be of great importance for sustainable growth and development of the internal market. Two of these are of special interest for the Smartlog project; the ScanMed Corridor and the North Sea-Baltic Corridor. In November 2017 I met Roberg Högberg, Region Örebro County, Sweden, to find out more from a Swedish perspective.

To start with, here are some facts about the two transport corridors:
The Scandinavian-Mediterranean Corridor is the spine of the European transport corridors and a crucial north-south axis for the European economy, passing through seven countries. The ScanMed Corridor stretches from Finland and Sweden to the island of Malta, via Denmark, Germany and Italy. It includes totally 9 300 km of railway, 6 300 km roads, 25 harbours, 19 airports, 44 railway stations and 18 urban nodes.

The North Sea-Baltic Corridor connects the ports of the Eastern shore of the Baltic Sea with the ports of the North Sea. It passes through eight countries - Finland, Estonia, Latvia, Lithuania, Poland, Germany, Netherlands and Belgium – and includes 5900 km of railways, 4000 km of roads and 2200 km of waterways.

With the figures above in mind it is obvious that improved logistics would have a huge impact on logistics costs and efficiency within these corridors.

The Smartlog project is led by Kuovola Innovation in Finland and has totally six project partners from Finland, Estonia, Latvia and Sweden. The objective is to develop and test “Internet-of-Things” solutions within the logistics sector along the two transport corridors; ScanMed and North Sea-Baltic. The new solutions will optimize all aspects of their integrated services by creating a blockchain technology ledger for sharing the cargo transport status and location information across the transport corridors. This will result in decreased operational costs in the companies as well as reduced time of delivery goods.

Robert Högberg is the project coordinator for the Swedish project partner Region Örebro County. His role is to be the communicator between the developers of the technology and the involved Swedish companies. He will find suitable companies interested in participating in this pilot project to find out if the technology is ready to be used by them. The competence about how to use the blockchain technology has a huge demand from the companies, and Robert will help them to implement and test the new solutions. Suitably enough he has a technical background with focus on building technical systems, and a long experience of working with blockchain technology.

According to Robert, Örebro County is a particularly suitable region to be involved in this project as it is one of Sweden’s hottest regions when it comes to transports and logistics. Additionally the huge railway junction Hallsberg is located in the county. He is convinced that the project for Sweden’s part will have an influence on the whole logistics and transport industry.

Blockchain technology is used in transactions, and comes originally from the development of Bitcoins. Robert explains that the project is investigating how the new tools Internet-of-Things and blockchain technology could improve the logistics industry within the core EU corridors. He says that this new technology will revolutionize many kinds of industries:

The change will be as massive as when the Internet was introduced during the nineties. The new thing is that digital solutions for transactions have been created that are impossible to copy. In the future no-one will have to trust other parties in the supply chain. The information needed will be available for everyone involved, instead of having to rely on a trusted middleman, which is revolutionary. It will be possible to say for sure that something happened at a specific time, and the transparency will be guaranteed. Money will be sent from one part of the world to the other, and the transaction will be carried out directly without intermediaries, instead of taking several days. Normally you would have to trust a bank or an institute to carry out the transaction and that they are doing it correctly. With this new technology more people are willing to cooperate regarding further development of the technics, and the reason is that it can be used and shared by everyone. With that perspective as a basis there are many new areas where this technology can be used. But we are still at the early stages.

The cross-border perspective has been crucial for the Smartlog project. The simple reason, according to Robert, is that transport and logistics in the EU corridors go cross border. Furthermore, the project could not have been carried out in only one country as a number of countries are needed in order to find enough companies with cross-border activities, willing to test this new technology. For Sweden’s part the project would not have been able to carry out, as there is not enough competence within this field. So it is extremely important that the project is cross-border.

When I ask Robert to define the Smartlog project with just a few words, he says:

We sure look forward to the project result!

Not being much into technology I looked up what “blockchain” is. Here is one explanation:
“Blockchain allows consumers and suppliers to connect directly, removing the need for a third party. Using cryptography to keep exchanges secure, blockchain provides a decentralized database, or “digital ledger”, of transactions that everyone on the network can see. This network is essentially a chain of computers that must all approve an exchange before it can be verified and recorded. The technology can work for almost every type of transaction involving value, including money, goods and property. Its potential uses are almost limitless: from collecting taxes to enabling migrants to send money back to family in countries where banking is difficult. Blockchain could also help to reduce fraud because every transaction would be recorded and distributed on a public ledger for anyone to see.”
https://www.weforum.org/agenda/2016/06/blockchain-explained-simply/ 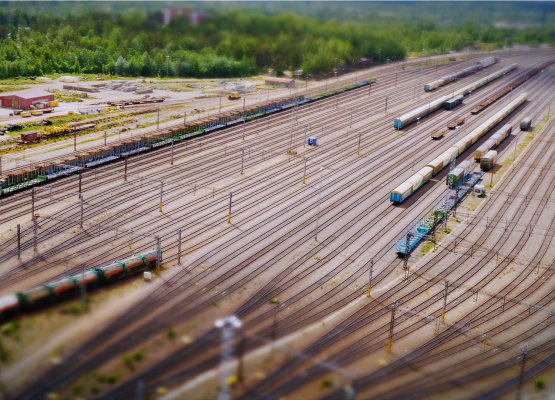 A part of the logistics chain