How would you introduce yourself?
My name is Marii Asmer, I led the BALTACAR project, which had six partners in addition to the National Heritage Board of Estonia. Together with my colleague Maili Roio, I was involved in the application and project preparation phase. After a year or leading the project, I went on parental leave, after which I returned part-time and worked on the project until its end.

What was project BALTACAR about?
Aim of the project was to show the uniqueness of our underwater cultural heritage, which can also be visited on-site, and that it is possible to show its attractiveness to guests and divers. Here in the Baltic Sea, we actually have a very cool underwater cultural heritage that is worth visiting. It is not always the case that the water is dark and cold and the visibility poor. Diving here is certainly a bigger challenge than in warm and transparent waters. At the same time, we have received feedback, and we see for ourselves, that more and more divers are visiting our wrecks every year. We have realized that diving here does offer something more - a challenge -, and the experience that visitors get is also great.

What have been the first impressions after project has ended?
All in all, we are satisfied. There were challenges, but they were solved and good relations were maintained with everyone. We found solutions for all planned activities. There was a setback with the website, but in other respects, everything that had been promised, was done, even more so. The Swedes even set up new companies to further develop the results of the project, so they are particularly pleased.

How was your partnership formed?
Our wish was to definitely involve partners from Estonia, Sweden and Finland, in fact also from Åland, but for some reason we have never succeeded with the latter. However, the Åland Heritage Board has now been an associate partner. We had already cooperated with partners from Sweden during the previous programming period.
Among the institutions representing public interests, we contacted the Finnish Heritage Board and Swedish Maritime Museum. The partners, in turn, helped to find other partners, both from the private sector, such as diving service providers, and, in Sweden, from the local government. On the Estonian side, we also involved a diving company with which the National Heritage Board had previously had positive contacts. In order to achieve a holistic approach, we wanted different interests to be represented, both from the public sector, which is responsible for preserving cultural heritage, and from the private sector, which has an interest in bringing visitors. In Estonia, a first-time partner was also Western Estonia tourism, whose contribution turned out to be larger than planned. The partnership generally worked very well.
The implementation of the project generally proceeded as expected. Cooperation with the programme secretariat went smoothly, the flexibility was noticeable, more than in the previous period.

What is the most important result of project BALTACAR?
In cooperation with the three countries, we wanted to show the joint unique heritage of the Baltic Sea, and that it is worth visiting and coming to the region. In addition to the underwater heritage, it is also important to introduce the area, for example, the partners also developed on-land excursions. It is a niche product, but there has been a lot of interest in it.
Whereas banning or restricting diving into wrecks was a fairly common practice in the past, this is not the case today, and thanks to the documentation work and 3D models resulting from the Baltacar project, there is now a thorough overview of shipwrecks. The data collected is indispensable for the preservers of cultural heritage. Among other things, it provides an overview of how visits have affected the wrecks. In addition, we can now introduce the underwater heritage to those who never go scuba diving.
Depending on the level of equipment on the dive, both finding the wreck and dropping the anchor can take a long time or even fail, or in the worst case, destroy the wreck. We installed anchor buoys to the bottom of the Baltic Sea to help locate wrecks at sea more easily and allow divers to moor their boats without having to drop their anchors on the seabed and risk damaging the wrecks. Thanks to 3D models, diving is also made safer by providing an opportunity to get to know the wrecks before going into the water, also doing preliminary work regarding where different parts of wrecks are located.
As divers begin to descend along the buoys, they are greeted by an information board with a map marking their location with red dots, giving an idea of ​​the exact location of the underwater museum visitor, as if in a real museum. The chain of the anchor buoy leading to the wreck is so close that the wreck is immediately visible when going under water, which ensures that the diver is in the right place and does not have to spend valuable time in the water searching for the wreck.
The information boards in Estonian waters are somewhat simpler, as the so-called bottom time is shorter compared to Finnish waters due to greater depths, which means that there would be no time to read longer stories. The depths of Finnish waters are shallower, therefore pyramid-shaped concrete constructions have been installed next to the wrecks, providing visitors with stories that give an idea of ​​the history of the wreck and other tips and tricks.

What are the success factors of cross-border projects according to you?
When you implement a project for the first time, you never know how will everything go with your partners – surprises may occur. We have developed a partner network to turn to. Having previous experience of cooperation will make future partnerships much easier.
Communication with partners (especially as a lead partner) is very important, especially face-to-face meetings, for example. If the project and the partnership are already working, most things can nowadays be done via e-mail, it is not difficult to “catch” people. At the same time, we immediately added a budget line to the application such as monitoring and guidance meetings - as a lead partner, in addition to joint meetings, we planned at least one visit to partners in Sweden and Finland each year. Various topics constantly come up, so I recommend individual meetings with partners to address specific topics and resolve individual issues more easily. 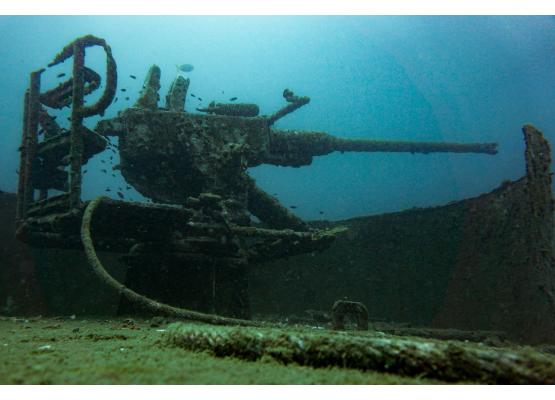