ADAPT - Better and safer public transportation in the archipelago

Ferries are perhaps not the first you think of when you hear or read “public transportation”. But in the unique archipelago of Stockholm and Turku and on the Åland islands, the ferries are the lifeline, the “roads” at sea.

In Stockholm for example, the archipelago is divided into about 30 timetables areas. A vessel travelling through the archipelago often traverses several timetable areas and connect with other modes of public transportation at several nodes along the way. The traffic consists of a web of corridors making up a traffic system that has intermodal connections at about 20 nodes (ports and jetties).

There are challenges in offering a safe, timesaving and fuel-efficient public transportation.

How can it be developed and fully implemented?
The project ADAPT improves the flow of people and goods. ADAPT - Assuring Depth of fairways for Archipelago Public Transportation – is a cooperation between the Swedish Maritime Administration (SMA), The Government of Åland and Stockholm City Council. With its focus on waterborne public transportation and transport routes in the archipelago, the project is closely linked to the programme objective for a well-connected region with improved transport flows of people and goods.

- To reach the project results with an improved maritime transport system and reducing its environmental impact, new and updated hydrology is needed, Linda Blied informed us in 2017, project manager for the Lead Partner, the Swedish Maritime Administration. She had mostly worked with sea charts.

- The smaller sea fairways have not been updated in years, so the knowledge of where new and shorter routes could be used has to be ensured. The modern multibeam laser scanning of about 340 km2 seabed has provided a lot of detailed and important hydrographic information. In Åland, 104 km2 fairways have been sea measured.

Updated seacharts thanks to EU funding

According to Linda all these new and updated sea charts are necessary, and this EU funding made it possible, enabling safe and state of the art navigation.

This was the main reason for the project, but there has been a lot of nice spin offs such as knowledge exchange, mutual experience sharing, improved working methods and inspiring new contacts for the project partners.

The main beneficiaries of a more effective public transport are the passengers, as well as the communities and businesses on the islands depending on tourism and visitors. Leisure boaters are also favored when safe, time-saving and fuel-efficient routes are developed.

Linn Gardell, a GIS-engineer at SMA, is Linda’s substitute during her maternity leave:

- The focus of ADAPT right now is to analyse the data gathered in the hydrographical surveys and propose updated routes to achieve safety-, time- and environmental benefits. The environmental gains focus on reduced fuel use- and emissions of CO2, NOx and SOx, but can also be reduced backwash along sensitive shorelines, etc. To meet the goals the adjusted routes can be intermodal alternatives, partly or fully rerouted fairways etc.

Increased safety, reduced emissions, and a new toolbox for the organisations

- Furthermore, we are working on updating the electronic navigational charts for Stockholm archipelago, which is a result increasing the safety. Work with a toolbox for calculation of cost effectivity, the impact on travel time and the environment from different transportation alternatives is also ongoing. Another focus for ADAPT right now, is to communicate the project results and future changes to stakeholders and to the local communities.

- The project itself is very exciting as it has benefits not only for the traffic operators and for the customers, but also for the environment and all mariners utilising the area, Linn concludes.

Evaluation of the effects of implemented measures and results of the project’s improvements will be carried out at intermodal nodes regarding travel-time savings for people and goods.

In Åland, a more sustainable intermodal transport system will be implemented in the south-eastern part of the archipelago and achieved by shortening ferry routes (in general decreasing travel times to < 60 min) and by increased integration with land-based transport. The reduction of the overall travel times for passengers by 10% using public transportation in the archipelago derives partly from new tools and methods in place for optimising vessel use and operation in case of shallow and narrow waters or severe weather conditions. The changes result in improved flows of people and goods. Results of improvements are measured in reduced CO2 -and NOx emissions, more fuel-efficient routes and is calculated as totals for people and goods. The fuel consumption of ships will also be evaluated.

What will remain, when the project ends?

- After ADAPT is finished, the primary outcome will be the new improved and more available routes, with all the gains that follow, says Linn Gardell at the Swedish Maritime Administration. Furthermore, the local community will be positively affected by the improved routes, the travel time reduction, but we will also gain from the developed toolbox for future upkeep of/and route analyses.

The results so far are of great importance for a safer navigation within the archipelagos and the customers will benefit from more time efficient traffic.

- The environmental gains are also very important, as we all have to think about the future and try to affect our environmental footprints positively, Linn continues. With the improved routes, one benefit is that it will be it easier for the travellers to choose a transport form where the routes have been optimized with less total emissions as a result.

A concrete example is shown in the Figure Stockholm (photo added): the yellow line show the proposed developed route between Norröra and Söderöra. This route is sheltered from hard weather. The red line leading south show the old route.

The proposed developed route, found through the hydrographical surveys of ADAPT, has positive impacts on travel time, navigational safety and the environment. The proposed route is 20% shorter than the original route. Possible CO2 reduction/ passage is 6,9 kg CO2.

- Are there any potential challenges?

- One potential challenge is to promote the intermodal ways of transport. We have found that for some routes there is a big environmental gain when moving the transfer point further out in the archipelago. The experience is, however, that there is a resistance to introduce a change within the customers original travel routes, says Linn Gardell. I hope that local campaigns and other communication efforts will penetrate this challenge, resulting with the travellers actually making this change in their travel habits.

Concluding words from Åland - What are you most proud of?

Ian Bergström, the project manager at The Government of Åland, concludes:

- I am most proud of the cooperation and the results.
I have valued the openness of sharing knowledge between partners. And it is always inspiring to implement, to increase the safety in our fairways and lower our costs.

We have also got a new toolbox for public transportation planning in the archipelago, which facilitates our processes as it has challenges of its own. 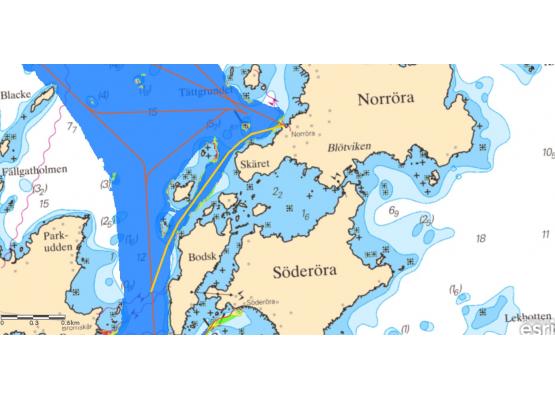 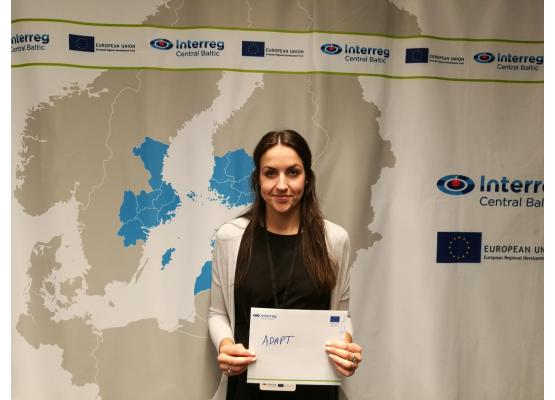